I’ve been away for a while.

We needed a little break, so off we went to an island up north. An island with a story. And because I’m a romantic, I’m going to tell you the story. So go away if you must, if not, grab a cup of coffee, and keep reading.

Once upon a time, there was a princess. 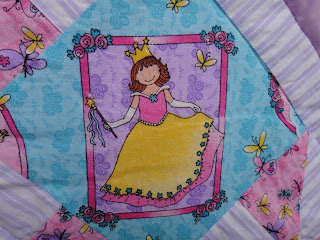 Ok, she wasn’t actually a real princess, but let’s just imagine for the sake of romance that she is.

So, this princess’s name was Mahsuri. She lived on an island, called Langkawi, just off the coast of Kedah, on the Malay Peninsula. At the time (circa early 1800s?), Langkawi was a beautiful island, encircled by pristine sandy beaches, the inlands lush with green. Rivers and streams bearing sweet, clear water flowed from misty green hills, providing irrigation for acres and acres of padi fields and other crops. Yes, once upon a time Langkawi was flourishing. And this is where the story of Mahsuri begins.

Mahsuri herself blossomed to be a pretty maiden, a real beauty. She was sweet and virtuous in nature and not surprisingly was reknowned all over the island. News of her beauty reached the household of the island’s chief (I forget what his name is, so let’s call him Penghulu*). Now Penghulu was a no-nonsense leader and presided over the islanders with a legendary firmness. He lived in the royal court with his beautiful consort Wan Mahora. Penghulu also had a handsome brother, Wan Derus. Wan Derus too was familiar with the stories told of Mahsuri. One day, while  attending harvest festivities in the villages he caught a glimpse of our princess, and as the story goes, fell instantly in love with her.

To cut a long story short, or shorter, Wan Derus and Mahsuri were soon married, and lived in blissful happiness. They were even blessed with a little baby boy, Wan Hakim.

Behind the scenes, however, trouble was a-brewing. Mahsuri’s sister-in-law, Wan Mahora, became increasingly jealous of Mahsuri’s beauty and happiness, which far surpassed her own. Her jealousy grew into ugly hatred and obsession.

One day Wan Derus and a number of the island’s warriors were called away to the land of Kedah to attend to the Sultan. One morning during his absence, Mahsuri went into the village market and chanced upon a traveller, Deraman. They exchanged a few innocent words, and (perhaps just as innocently) this encounter reached the ears of the scheming Wan Mahora.

And then all hell (Oops! Sorry, pretend you didn't just read that) broke loose.

Wan Mahora ran to Penghulu with allegations of infidelity, accusing Mahsuri and Deraman of adultery. She even had her faithful servants support her accusations. Penghulu, being the strict leader that he was, was enraged, and immediately ordered for Mahsuri’s execution. Mahsuri was duly captured and bound to a tree. In the days that followed her family and the villagers did their utmost best to secure her release, but Penghulu was adamant in his decision. The only concession he agreed to was to delay her execution until her husband, Wan Derus, had been summoned back from Kedah.

And so Mahsuri remained tied to the tree for days, suffering in agony in the sun and the rain, never ceasing to maintain her innocence. Finally the day of the execution arrived, and as the kris was plunged into her heart, she uttered her famous curse: The Penghulu and his family, and the entire island would be cursed to suffer for seven generations to come. To everyone’s fear and amazement the blood that then spurted out of her wound was not red, but milky white. A tribute, they say, to her innocence.

Now much of this legend is true. Mahsuri did in fact exist, and her bloodline is traceable up to this day. After her execution her family fled to Siam (can’t say I blame them, can you?). As for Langkawi, for a long while after it did experience a decline, barren and forgotten. Whether this was due to her curse, who’s to say? It was only a couple of decades ago that Langkawi really re-emerged on the map of Malaysia, when tourism began to blossom. Today, it is a little crumb from paradise - a gem on the edge of the Andaman Sea.

And there ends my little story.

But this blog is about fabric, so a word or two on the subject is a must. There are several cottage industries in Langkawi, one of which is the production of batik. There're 2 types here, the HAND printed type and the HAND painted type (Have I emphasized the HandMade part enough?). I have to admit I was never a huge fan of the hand painted batik that's produced in the northern states of Malaysia before, but when I visited the craft centre on the  island and saw the painted batiks, I was sold. And just couldn't resist coming away with some of these: 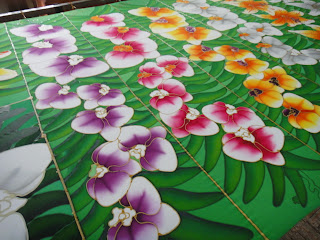 I can't wait for them to be framed and hung.

And before I go I must, MUST show you this: 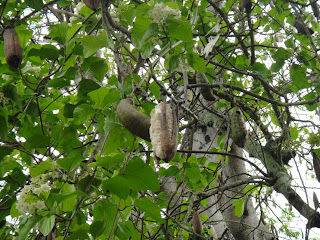 This is a Kekabu tree. There were kekabu trees EVERYWHERE. They're really easy to spot because they look like they're bearing puffs and puffs of cotton candy!

And this is the 'fruit': 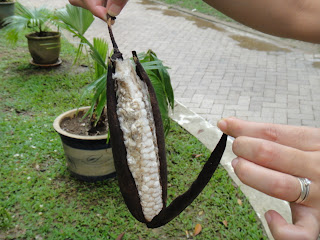 It looks just like an ear of corn, no? 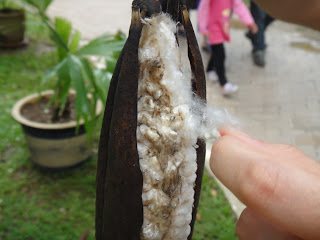 The creamy white stuff you see on the inside is the kekabu. In Malaysia we use it to stuff pillows and mattresses. It's very much like cotton I suppose, although I'm not really sure if it can be spun into yarn and wove into fabric. 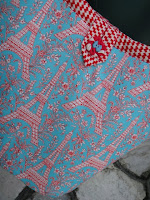 Lastly, I'm very proud to report that my reversible bucket bag came with me for this trip...

and I'm ever so pleased to say it travelled very, very well indeed :-)

Great story - and that fabric is amazing!

cuti cuti malaysia ke Langkawi kerr.. I enjoy reading the story eventho have listened to it so many time... hihihi..