I know it's a bit late, but happy belated new year to you! I hope this year brings much love and joy, and especially of the fabric kind :-)

2014 has been pretty busy for me so far - at work it seems that we're hitting the ground running, which I suppose isn't such a bad thing, so won't  complain too much. Although this blog has been a little quiet, I've actually been doing a fair bit of sewing, and you know that's always a good thing, eheheh.

First up, I pieced enough string blocks from this post for a cute little runner... 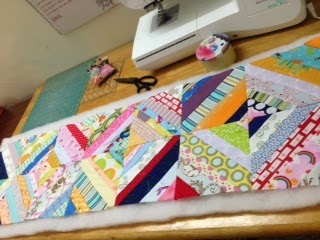 and I've actually got that quilted too. I haven't taken a photo yet, so that will have to wait for the next post.

And then I found an old project - little hexagons! - already pieced together and forgotten. The hexagons are pretty small, with each edge measuring less than an inch. I must have started it yeeaars ago and forgot about it :-( Anyway, the entire piece was about 16 inch square - so I trimmed it up, added a border and a piping edge .... 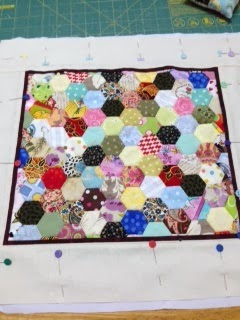 ... and made a throw cushion cover for my sofa, huhu! 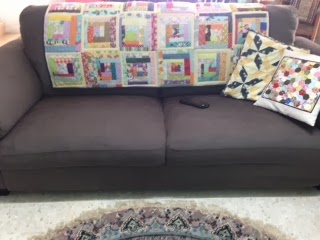 After that I made a little coin quilt top, rather like the pink one I made earlier, only this is the boy version: 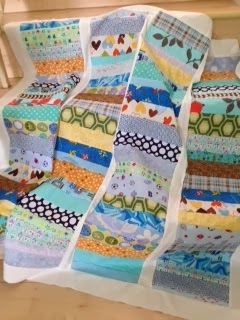 This is the pink version I made earlier: 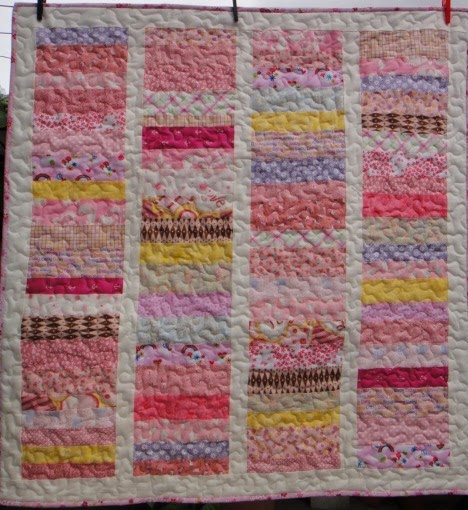 Coin quilts are the easiest to make, so if you've not attempted one, you should! I had planned to use a flannel backing, as I had purchased some flannel online by mistake(!). There seemed to be just enough to back this quilt, but thank goodness I washed it first because it shrunk big time! Change of plan now required.

Aaaaaand... I've started a couple of other projects too - a result of playing with my fabric.

A simple patchwork square quilt, but using only the floral fabrics from my stash... 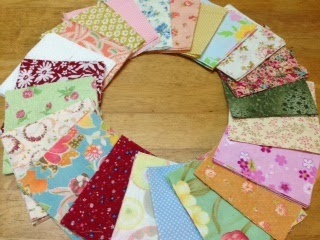 .... I'm having mixed feelings about this fabric pull, but we'll see.

And another quilt I'm going to make using a charm pack and some coordinating fabric. 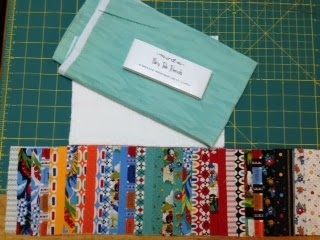 I really hope work will be manageable next week, because I'm in the mood to finish these!

Hullo Norhazrina,
Thanks for visiting my blog! I couldnt find an email contact to answer your question, so I'll just do so here. At the moment I rarely take custom orders. I mostly make quilts for people I know. I normally just make quilts just for fun and sometimes people buy those that I've already got ready made. Hope this answers your question :-)