It's been a rather hectic but happy week with the Eid celebrations. We made our trip down south to Singapore for the customary visits.

Don't get me wrong, there's nothing wrong with the place. It's just that I've been so many times I've got Singapore oozing out of my ears - I guess one of the 'perks' of having a Singaporean parent.

We pretty much had the usual Eid this year:

You can probably tell that we had a lot of fun, haha!

Anyways, we managed to extract ourselves and travelled home a little earlier this year, and guess what? I managed to get some sewing done. Can you believe that?

What I did was I finished up the box of patchwork squares from earlier. Well, most of them anyway. I basically went on a chain-piecing marathon. Such soothing, brainless sewing - don't you just love that? I've got everything sewn into rows, now I just need to sew the rows together. It looks like it's going to be a small top - lap size. When I first started this project I was thinking of something bigger. I may have to add more squares later... we'll find out soon, I suppose.

And now for the pictures: 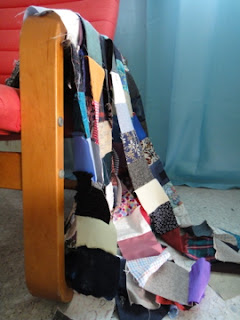 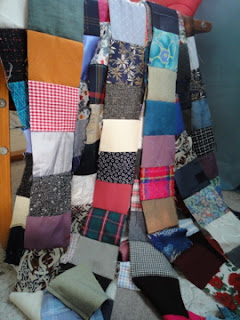 Milo making a nuisance of himself: 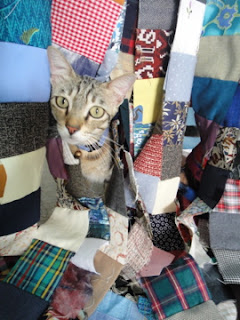 I was going to sign out now, but thought I couldn't without showing you some of the pretty flowers I met in Singapore. We always try to visit at least one touristy place with each visit and this time we went to Gardens by the Bay. They have 2 covered (and air-conditioned! aaahhh) conservatories, the first is about flowers and the second is basically about the rainforest. I wasn't so impressed with the rainforest because, let's face it, you can get the real thing over here (try FRIM) so it felt a wee bit on the man-made side. The flower conservatory on the other hand was just my cup of tea. I hope you enjoy the photos, have a happy week ahead! 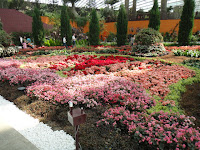 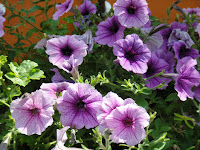 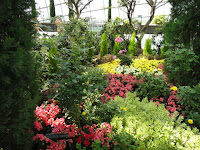 i never land in Singapore..even though i'm a Johorian.. kesian kan? huhuhu..

Hullo MamaD! Must land in SG - at least once ok?
Milo will like anything that will make a mess :(

Salam aidilfitri zara...
I went to singapore last year, but havent heard about The Gardens.. will look for it in the next visit.. bila tuh.. God knows hahaha..

Looks like you've got your mojo back! Your patchwork quilt is looking great.

Hi Mila! The Gardens only opened this year I believe. Have fun on your next trip!

Thanks FarahLin, Patchwork is coming along slowly but surely :-)